This is part 1 of blog sessions I am calling
Crossover:  The Coach's Wife's Guide for   The Coach On and Off the Court :D
Who is the coach's wife? Let me start by saying we are people and spectators of the sport, a human, a mother, a daughter, a wife, we just happen to be married to the coach. We work in a different field than out coach yet raise our children alone a majority of the time and still keep the house in order and support our favorite coach.
What do we want? I can only speak for some of the wives I've met throughout my being drafted by our coaching hubbies but I am not shy to speak up.
First of all, what we want from the general public is easy, simple treat people how you want to be treated Golden Rule.      Please don't judge me on my appearance or the fact I try overly hard to get to know you or make sure everyone knows I'm the new coach's wife. Also on the other side and as for myself, please don't judge me because I seem snotty or unapproachable just because I keep to myself and am not overly involved.  Some people are more comfy in the spotlight and are so utterly proud of her coaching spouse they seem to be all over the place and everyone's bestie.  The rest of us are perfectly content just introducing ourselves as ourselves not the coach's wife.  We lose our own identity through the process of being teamed up with a coach so never expect me to say I am the coach's wife until after I've used my name :)  because not only am I Justin,Blake, Baylee, and Gabby's mom, I am Debbie's daughter and Billy's youngest, Mike's sister, and so and so' sold hospice nurse, I am also known as ......yep "the coach's wife."
We want respect not to bash the man we love within hearing distance. We love our loud coach just as you love your banker, accountant, preacher, iron worker, doctor, lawyer, etc etc.  How would you react to one of us bashing your spouse and talking about his piss poor job when there is no way I can do his job?  Correct it would not be pleasant.....so I ask for understanding and forgiveness when I react the same way! Also we ask get know us for us. Don't eat me up to my face because I am the coach's wife, I have no pull with my coach if your son is picked for his team or gets cut.....NONE!  He cut our own child the second day of tryouts so that's no necessary.  Do not dislike us because you dislike our coach. We are not the coach and have no control over his temper when he feels his team could give more or when he feels the referee is cheating his team.  Do not judge me on his performance and avoid me during losing streaks or when your child doesn't play as much as you think they should.  And don't act as though I'm a personal best friend during winning seasons and when your child is the star player.  That will only start rumors about us both from the prior one because our friendship is why your child starts.  No again my own child my own flesh and blood got cut!  I have no say in who is on the coach's team!
And last for now, do NOT for one moment think that when the game is over and everyone goes home that I get my love back.......because I don't! He replays the game over and over until he is ready for bed.  During the off season he works behind the scenes trying to make the program better to inspire young athletes to give 100%.  Don't get angry when he scolds a child because he scolds mine twice as bad and it's for the same reasons not doing your part or doing your best or simply not doing what your told!! And please don't expect wins all the time and judge his ability on the record! He is teaching your child more than just ball, he or she may not know it yet but later will realize what he learned from my coaching hubby.  Never doubt my coach's feelings for his players for your kids are the topic of conversations at my house or over dinner when we have our own kids.  Your child's needs and interest get met often before our own.  Not because it's his job....know that it's his job because it's his calling, his passion, his Love for the game!
XXOO 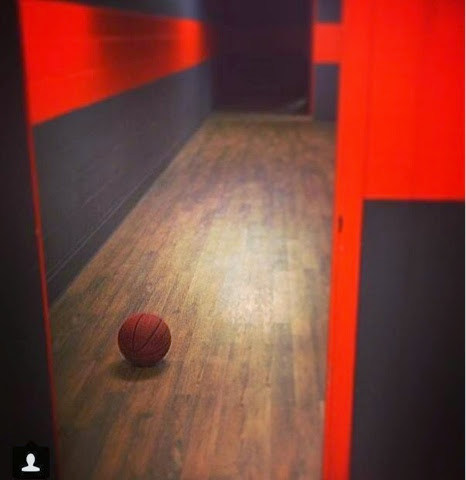 Denna D
I am from Muscle Shoals, AL. I had All American parents and an all American childhood. I am a very proud mother of four amazing children. Two Boys and two Girls, a child for every season. I have an amazing man who has made me realize there are good men in the world! I am a hospice nurse turned pediatric nurse. I had a near fatal car accident in 2007 that made me thankful for the small things and to overcome great obstacles. I not only suffer from Narcolepsy but also was diagnosed with Multiple Sclerosis. I have MS but MS does NOT have me! I am a bit rough around the edges and have over came many many obstacles but as my family would say.....My life should be a reality show....and I love it :)